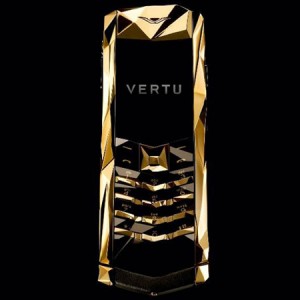 This thing was found on a Russian luxury blog – but when you think of all those rich Russian business types it makes perfect sense.

The thing in question is the all new Vertu cellphone – you’re loving it aintcha?

The Vertu Boucheron 150, as it is called, looks just like that other Vertu blower but this one is said to have 3G connectivity!

So with that hyper-special addyon of 3G be prepared to sell various vital organs to cover the Premiership Footballer loose change price of $30,000.