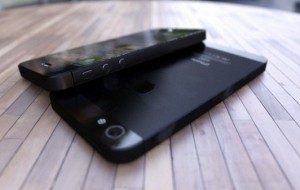 As the rumoured iPhone 5 release date gets closer the fact that a major US phone network has banned any staff leave for a week or so could well point to the new iPhone’s in-store date.

Today US network Verizon has reportedly issued a holiday blackout from the September 21st to September 30th.

This has obviously lead to many people trying to work out why such a blanket ban would occur during summer.

Naturally, all fingers have pointed at the Apple iPhone 5 release which already has a nod and wink diary date of September 21st following Apple’s formal announcement on September 12th. September 12th has also been put forward as the date to put your pre-orders in.

The holiday ban spans across all of Verizon’s retail stores and internal business which would suggest a rush of devices being sold over that period – does smell like Apples to me.

With its thinner but longer display it will certainly stand out from the earlier iterations of the Cupertino smartphone.

You can see a side-by-side 3d comparison video here.

For us in the UK it’s rumoured that we will be getting the fabled 6th Gen iPhone a few weeks after its general release in the US – probably the first week of October.