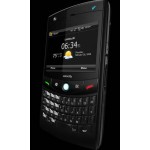 There’s a new player in the crowded Smart Phone party.

Velocity Mobile has been formed as a joint venture with laptop manufacturer Inventec and is based right here in the UK.

Their formula is the straight forward comboÂ of “Western design expertise with Eastern manufacturing efficiencies“.

The slim, black Velocity 103 lacksÂ the QWERTY board but itÂ throws inÂ a full touch screen.

Velocity has borrowed a trick from HTC’s Touch, and extending the touch sensitivity just a bit off screen so those tiny menu buttons at the bottom are easier to hit. 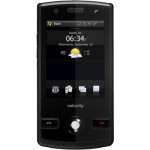 This is all very well but it’s the pricing that will be the main factor.

Expect to see it on store shelves by October 2008.