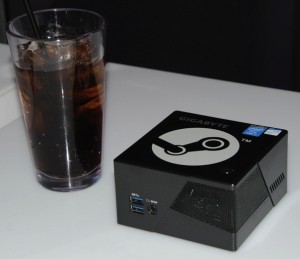 Valve has been unveiling its SteamOS offensive bit-by-bit and has now added a very important new detail: which companies will actually be selling Steam Machines.

No fewer than thirteen partners were announced at the CES 2014 event which include the likes of Alienware, Falcon Northwest, Origin and iBuyPower, among other custom PC makers.

There’s no word on precisely when the machines will hit the market, but Valve business manager DJ Powers tells has been quoted in saying that there should at least be some on the shelf in the latter half of 2014.

There’s still no word as to whether we’ll see hardware from Valve itself. But one thing is for certain – those 300 prototypes that Valve sent out in 2013 aren’t going to be making any further appearances.

“That was an exercise to kind of prove the concept and get them in customers’ hands to get real honest feedback,” says Powers. “We don’t have further plans to manufacture more of those boxes and run a bigger beta or sell them.”

Valve also announced that partners will be able to create their own Steam Controllers, helping achieve its goal of creating a diverse Steam OS ecosystem for gamers.

The machines’ prices range from $499 to a tear-inducing $6,000! Manufacturers including iBuyPower and CyberPowerPC are among those making entry-level machines that might appeal to traditional console gamers, while others like Falcon Northwest aren’t straying from their normal demographics, offering far more powerful systems at far more daunting prices.

The low-cost machines are trying their best to give you plenty of bang for your buck: CyberPowerPC’s, for instance, includes a Core i5 processor, 8GB of RAM, a 500GB hard drive, and either an AMD Radeon R9 270 or an Nvidia GTX 760.

Gigabyte takes another approach, putting more weight behind faster processors and opting for Intel’s Iris Pro instead of going down the discrete graphics path.

Alienware’s device is apparently a result of a four-year collaboration with Valve and is “designed to combine the ease of a console with the freedom of a PC”.

Alienware doesn’t have a working model at CES, but with a computer that Alienware says is representative of the entry-level spec for its Steam Machine — including an undisclosed Intel CPU and Nvidia GPU. The games that were played at full 1080p resolution and high settings seemed to prove that the machine could cope and still have plenty of power to spare.

This machine is equipped with four USB 3.0 ports, HDMI input and output, Gigabit Ethernet and optical audio out. 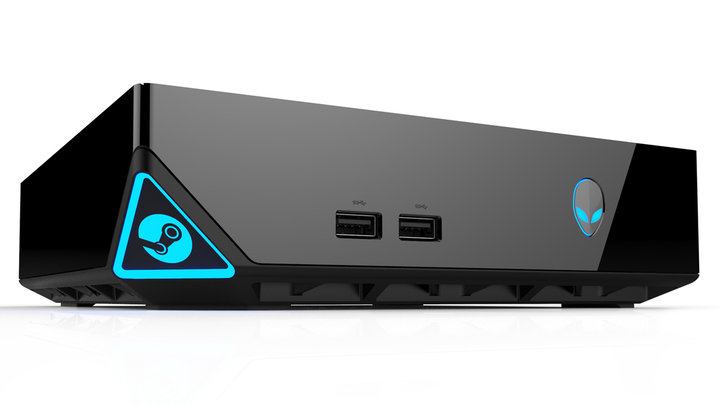 “We have been working with Alienware since we began defining our vision of the Steam Machine,” Valve founder Gabe Newell stated. “Alienware’s historic commitment to gaming, their design and engineering capabilities and their global reach made them an ideal partner for us on our Steam Machine project. The result of our collaboration is the Alienware Steam Machine, a console that encapsulates the full potential of what a Steam Machine should be.”

Here’s a list of the other confirmed machines and prices that were available at the time of posting: