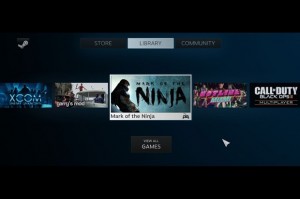 If you haven’t got the time or inclination to build your own living room PC in order to run Valve’s new Big Picture service don’t worry. It sounds like the online game network will be building their own Steam Boxes to the challenge the next generation of Xbox and PlayStation.

Rumours have been circulating for ages about Valve’s intention to get a Steam Box under your telly, nudging the mainstream consoles out of your living room.

Now Valve boss Gabe Newell himself has confirmed the dream and it sounds like it’s going to be console versus PC gaming all over again.

The Steam Box will boot directly to Steam’s Big Picture mode, and it’ll be a very controlled console-like experience.

To add to the excitement, Valve won’t be the only Steam Box manufacturer, apparently, which means there should be many more generically PC-based options out there, built to just run Steam.

I am guessing that we’ll be looking at something not unlike Alienware’s X51.

Newell stated “I think in general that most customers and most developers are gonna find that [the PC is] a better environment for them,” Newell continued “Cause they won’t have to split the world into thinking about ‘why are my friends in the living room, why are my video sources in the living room different from everyone else?’ So in a sense we hopefully are gonna unify those environments.”

I am sure that Valve could actually make a good fist of this. PC games are generally cheaper than console titles and haivng a descrete PC in your main room could add recording TV episodes, social networking, as well as watching films from Big Picture and any you already have archived.

As with all things, if the pricing is right then I can see a bright future for Steam Boxes and Big Picture. How about you?