Use O2 Mobile Phones On The UK Underground 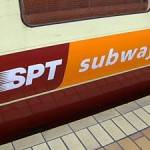 My last place of escape is slowly being eroded 🙁

I can’t be the only one who uses the Underground as an excuse not to be contactable – those days are number my friends.

O2 customers in the Glasgow Subway will soon be the first in the UK to use their mobile phones underground.

O2 will be the first operator in the UK to implement the multi-user distributed antenna system which enables mobile phones to work underground.  The swines!

This should all be live by the end of the year and could potentially provide a benchmark for rollout in other underground stations such as London, in future.  NOOOOOOOOOooooooooooooooo!

Although initially limited to platforms and station concourses in the Glasgow Subway;  users will be able to use 2G services including making voice calls and sending text messages as well as 3G services such as video, internet access, downloading and MMS.

The technology installed by Arqiva could eventually be used to provide coverage around the rest of the Strathclyde Partnership for Transport (SPT) underground network.

Read the full release by O2