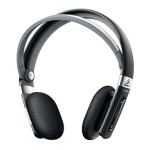 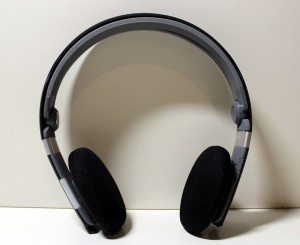 It has been a fair while since I’ve been anything even resembling being sporty but, as it is the month where resolutions are bravely made, I have the athletically named Gibson Trainer headphones to review.

These are no ordinary Bluetooth headphones. Oh, no. These on-ear sports headphones are endorsed by the fastest man on the planet. I have to admit that I have never seen Usain Bolt wear a pair, although I have seen Mo Farah eat plenty of Quorn.

Who wears or eats what aside, the Gibson Trainer headphones look sleek and, judging by what the press release says, have really been designed with the avid runner and gym-botherer in mind.

If the fastest man in the world tells you that the Gibson Trainer headphones are well-designed for running you’ve got to take them seriously.

The new Trainer headphones from Gibson Innovations are dedicated sports headphones, targeting a healthier lifestyle over performance. They’ve been inspired by Usain Bolt and created in partnership with the speedy fellow to be the ideal fit for active people.

It’s tough to find a pair of on-ears that will remain in place and are comfortable to wear for long periods when you’re working out.

This is where the natty Aeroflex headband comes in. 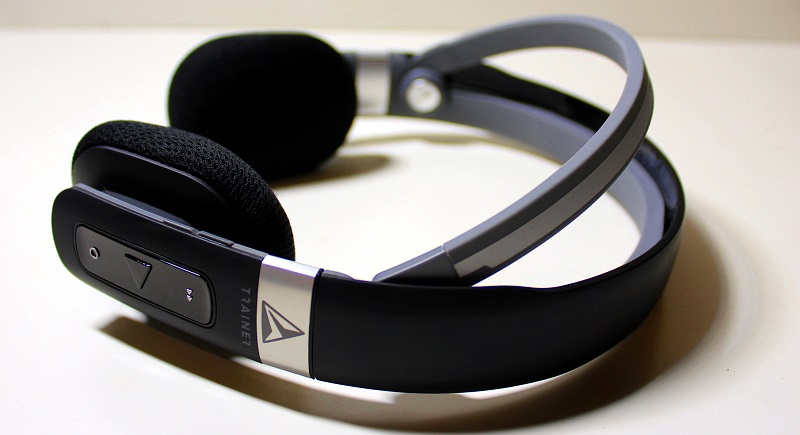 Just press a button marked with Bolt’s silhouette on the inside of the headband and a spring-loaded second band pops out of the main one. This allows for a tighter, more secure fit on the head, without them feeling too much like a clamp. 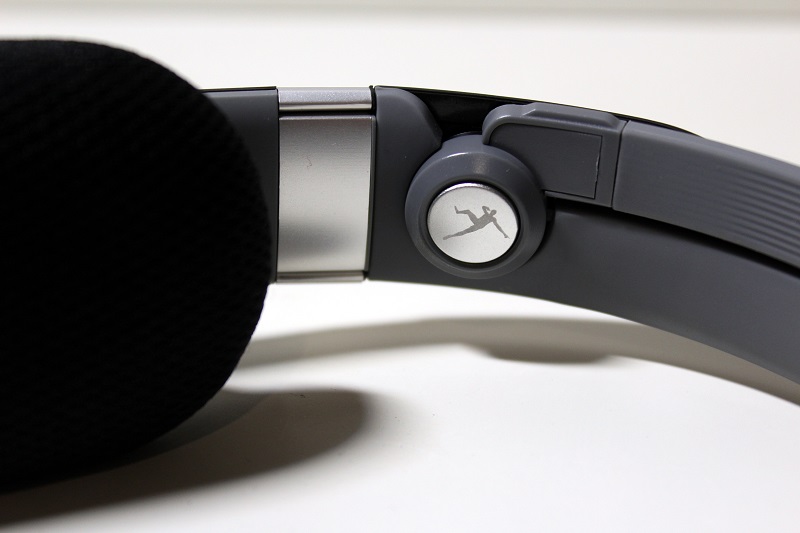 Gibson has also used some space-age materials in the design of the new Trainer headphones. The ‘Outlast’ fabric coating the washable and removable ear cushions was developed by NASA and is designed to help dissipate heat, something that’s going to be seriously useful for the sweaty sports type.

And because they’re going to be dealing with hot, sweaty heads – as well as often adverse British weather conditions – the Trainers are also weatherproof.

The drivers themselves are covered in a hydroscopic mesh which is transparent to sound but repels water.

The Trainers are available in black or white, with Gibson shunning the bright colours usually associated with sports headphones.

However, you needn’t worry about whether or not you’ll be seen if you’re out running as the light fades as these sporty headphones are packing a handy ‘NightNav’ light feature; an LED which sits on the rear of the left ear cup and flashes so that the late night/early morning runner can be easily spotted. It’s a neat little safety feature for these Bluetooth headphones, and when they’ve also got an eleven hour battery life, that LED isn’t going to be a huge drain on resources.

Safety is going to be an important concern when you’re making on-the-go headphones like the Trainer, and they also come with a ‘SafeSound’ feature. At the touch of a button the headphone alters the sound curve by changing the EQ settings, allowing more ambient noise in.

So if you’re running up to a busy road crossing, or even running through some dodgy area of town, and want a little more awareness of your surroundings, you can let more of the outside world in. 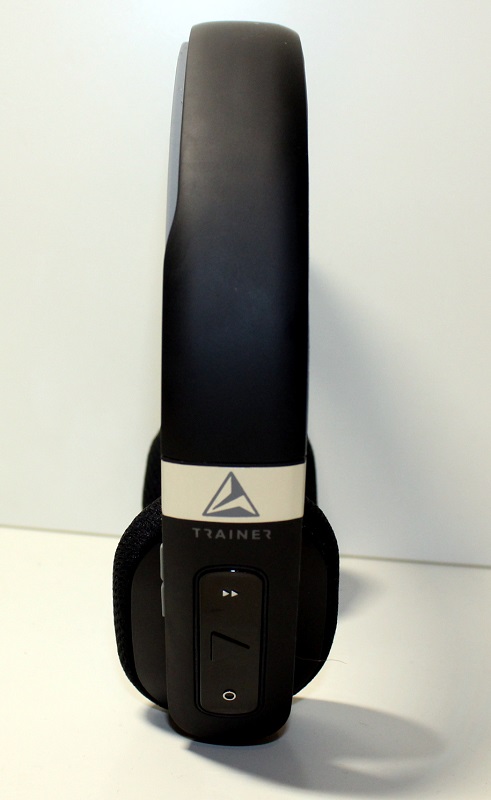 The headphones have a number of buttons, most of which are situated around the ear pad on the right. On the outside you’ll find a skip forward, play and a on/off button. Bizarrely, there’s no dedicated button to skip back a track. So you need to double tap the skip forward button if you want to listen to ‘Eye of the Tiger’ one more time.

The volume up and down buttons are tucked quite tightly behind the ear pad, and since they’re so close together, using them on the move becomes a very fiddly process. Lastly, you’ll find two more buttons up front to turn the headphones on and to sync them with your phone over Bluetooth. 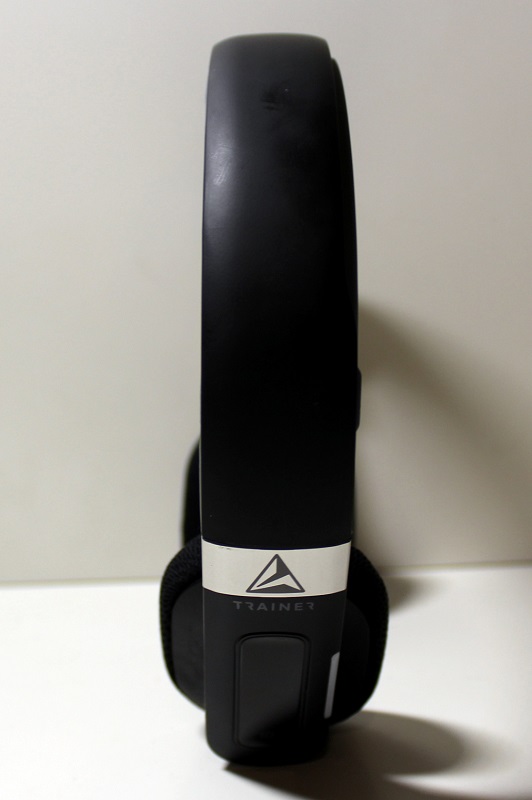 The only other thing of note is the micro USB charging port situated at the base of the right hand arm and the NFC sensor on the left arm.

The Gibson Trainer headphones do feel like a quality bit of kit but how do they sound?

Well, the Trainers haven’t been built with sound isolation at the forefront of the design. I understand the need for the wearer to be aware of their surroundings and I can confirm that they certainly achieve that.

The thing is, this will also mean that you will be sharing your motivational audio with your fellow gym-goers. These are not the headphones of choice for commuting or wearing in the office either.

The 40mm drivers power the mids and high-end very well and there is a positive warmth in the bass too but there wasn’t enough to get me really excited about. The sound is precise and clear but I was expecting more from headphones in this price range. Saying that though, I dare say that a lot of the money has gone in to the design, as well as the high-tech materials and coating.

Pumping up your favourite 150bpm running track of choice you’ll be glad to know that these headphones will happily oblige without any distortion or harshness at high volume.

I have quite a bit of hair as well as quite a thin head so headphones sliding off my noggin isn’t uncommon. The earpads on the Trainer felt awkward on my ears but they generally stayed put. Bringing the Aeroflex in to play kept the headphones in place better as the rubber gripped my shiny locks. I almost want to suggest that there should be a second Aeroflex band to grip the font as well.

Good news too if you get a phone call during your personal best as there’s a built-in microphone situated near to the micro-USB charging port for hands free calling. Voices are good and clear at both end of the call.

The Trainer headphones find themselves in quite a good position as there’s not really that much competition in the sports headphones arena right now.

They are comfortable, sit securely on your head and are both weather-resistant and easy to de-sweat as well as allowing ample air-flow.

If you were looking for the best sounding headphones for under £200 then I think there are other places you could look but if you are one of those keep-fit types, then I don’t think that these will disappoint you.

The Gibson Trainer sports headphones are available now in black or white for £199.99 from Amazon.co.uk