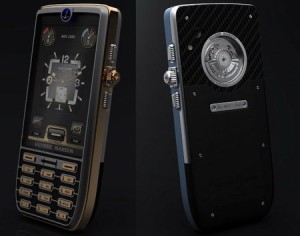 I mentioned the Ulysse Nardin Chairman phone last year (almost to the day) and now the maker has announced that the luxury Chairman mobile phone will be launched with Android rather than Windows Mobile as initially planned.

The kinetic powered phone is made by Swiss watchmaker Ulysse Nardin in collaboration with SCI Innovations – so now you have to decide if you buy this or the CELSIUS X VI II.

The new features turns this phone into a the most expensive Android phone costing up to $50,000.