Are Ultrabooks Already on the Way Out? Is this the End of Intels Dream Laptops? 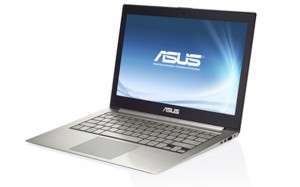 Is the Ultrabook already on its way out?  Well, Asus and Acer have just dropped their orders by a huge 40 per cent.

It was only a few weeks ago when the superslim Ultrabook range was officially rolled out and hailed as the second coming of the laptop. Now, thanks to the deadly combination of high prices and low sales, things are looking decidedly dicey for the luxury lappies.

Ultrabooks use Intel’s ultra low voltage chipsets and are built to strict specifications supplied by the chip manufacturer. These were set to combat the incoming tablet army as well as giving the limping laptop market a well needed boost.

Sources with links to suppliers have said that sales have been poor and when the entry-level Asus ZenBook hurts your pocket to the tune of £999 and Acer’s S3 is only a £100 cheaper then it’s hardly surprising really. If you were hoping for a cheap Windows-based MacBook Air alternative then this is not the laptop you were looking for.

Saying that though, it is said that the makers are unconcerned by the limited sales as they reckon they will start to fly off the shelves when Windows 8 is released at the end of 2012.

The thing is will they also lower the price? When you have Quad-Core Tablets, such as the Transformer Prime, emerging that can dock with a keyboard is the high asking price for a lightweight laptop still warranted?