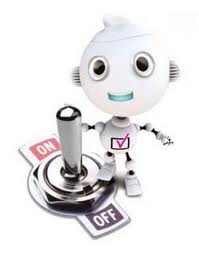 If you’re trying to think why that’s important then you’re either already hooked up to some digital TV provider or you’ve completely ignored all of the adverts and posters featuring an over-friendly and, some might say, interfering robot.

October 24th 2012 is when the UK’s analogue telly era will end after 80 years of broadcasts.

The analogue switch off started with BBC 2 in Whitehaven, Cumbria way back on October 17th 2007. So, there’s no real excuse for you not being aware that something was happening in order for TV signal coverage to be boosted and to furnish you with extra channels and clearer pictures.

“The analogue era was a defining period for TV but the fully digital age will be even better, with a greater choice of channels for viewers everywhere. I’m looking forward to October next year when we will have brought the benefits of digital to every corner of the country,” said David Scott, Digital UK Chief Executive, on the news of the date.

Fellow Londoners take note – we get cut off from the retro-tastic analogue services on April 4th 2012!

When the switchover is completed more than 15 million new viewers will have been brought into coverage for Freeview services. That’s got to be a good thing, right?