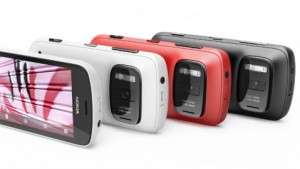 If you read my article the other day (of course you did) you will know that Amazon UK has posted up the unlocked price of Nokia’s new 808 PureView mega-camera phone. If you’re waiting for a contract deal then I may have some bad news.

The PureView is kitted out with an enormous 41-megapixel sensor whilst pushing everything along on Nokia’s old faithful Symbian operating system.

You might think it’s a little freaky but surely must have a niche. Not so the UK networks.

Orange, T-Mobile, Vodafone and O2 have all stated they do not intend to offer the phone and Three seems to be agreeing with them.

O2 has been quoted as stating: “We pride ourselves on offering our customers a range of the best devices on the market. Although we aren’t selling the Nokia PureView, we’re continuing to work with Nokia on future products.”

By all accounts it seems that the phone and the tech is great – it’s just that the networks don’t feel that Symbian would offer their punters the best deal. Chances are that Nokia will be getting this feedback and may well inject Windows Phone in to the handset. That might perk things up a bit.

So, there you have it. If you want a cameraphone that is potent enough to embarrass the average point-and-shooter then you’ll have to head to Amazon for the unlocked Nok – oh, and cough-up £500. The same as an unlocked iPhone 4S 16GB.

Or, you can pocket a tenner and buy a Samsung Galaxy S3 or save £60 and snaffle a HTC One X!

What would you buy if you had £500 burning a hole in your pocketses my precious?