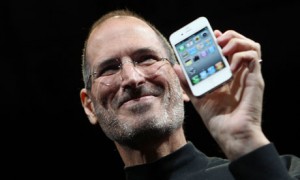 I’ve tried looking at the tariff’s and handset prices to try and decide if O2 gets to keep me or if I should shuffle off to Vodafone or Orange.

I hate maths but I hate spending too much money even more!

What makes things worse is that T-Mobile, Tesco and 3 have yet to show their hand – Vodafone kinda let things slip so that’s the info that’s being used 😉

Now, if the figures in Vodafone’s ‘leaked’ price plan is kosher then that’s the network with the best offers for the cheapest deal and the for the ‘average’ user.

In comparison, Orange has the most expensive ‘plan’ for the iPhone 4 32GB. Enter a 2 year contract and put just Â£29 up front you’ll get unlimited calls and texts, European roaming calls, texts and data, and ‘unlimited’ UK data with a 750MB fair-use policy which all adds up to a princely Â£1,829!

If you class yourself as an average user, where should you get your iPhone 4 from? If you take that the ‘average person’ makes 250 minutes of calls, sends 180 texts and uses 500MB of data per month which network gives the best deal?

Well, over 24 months, both Vodafone and O2 offer 300 minutes and unlimited texts for Â£30 per month.

Unfortunately O2 is being a bit tight with its data on that plan and only includes 500MB of data but Voda offers a full 1GB. Advantage Vodafone (again) it seems.

What about Orange and O2 then?

If you must go with a network that start’s with an ‘O’ then they both look fairly similar with both brandishing a 2 year, Â£35 per month contract which lands you a 16GB iPhone with 600 minutes and unlimited texts for Â£199. The 32GB version is a tenner cheaper on O2 at Â£209 though.

The difference is, when you check out the data allowance and O2 hands you that 500MB of inclusive data unlike Orange who gives you more.

I hope that’s made things clearer for now. I reckon O2 are able to cap the data as most current iPhone owners probably are already tied in to O2.

I just hope that Vodafone doesn’t change their prices now!

Now, let’s see what the rest of the operators come up with……….