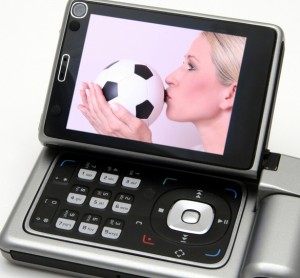 Mobile TV here in the UK has just had a well needed boost.

Mobile Today states that the European Commission could release a new band of spectrum especially for satellite companies, next month.

This is up for the vote in May and if it goes through we may see mobile operators forming MVNO-style (Mobile Virtual Network Operator) partnerships with satellite companies to use the spectrum for new services, as well as expanding their 3G networks.

The European Commission has decided to pool the â€˜S-bandâ€™ licence instead of ‘dishing’ it out on a country-by-country basis.Â  It’s expected that it will go to two satellite companies for use in 27 countries across Europe.

The EC said it would like this spectrum to be used to develop services such as mobile television.

It is expected that the 18 year licences will be awarded to the UK satellite operator Inmarsat as well as to Solaris – a joint venture between Luxembourg-based SES Astra and French company Eutelsat. These could then go and partner up with mobile operators to make TV services available in countries including the UK.

The S-band spectrum is similar to the 3G spectrum which means that existing 3G equipment such as masts and handsets can be reconfigured to work with it.

The new spectrum could also be used to fill in gaps in the â€˜digital divideâ€™ and provide broadband access to remote areas in the UK, as part of Stephen Carterâ€™s (Minister for Communications, Technology and Broadcasting) plans in his Digital Britain report.