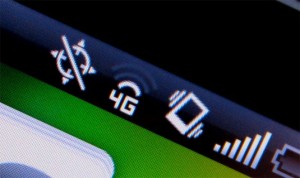 Ofcom has announced that the UK could actually be getting some 4G action this year.

It appears that Everything Everywhere may have convinced Ofcom to move things forward a little bit quicker.

The umbrella network that covers Orange and T-Mobile in UK has put forward its plans to use its existing spectrum to deliver 4G services and the communications watchdog has decided that doing so will not distort competition.

Ofcom stated that “Given the benefits this would bring to consumers, Ofcom is minded to allow this change of use,”

The idea is that Everything Everywhere would use the existing 1800MHz spectrum it currently uses for 3G (it was previously a 2G band) “for LTE and WiMAX use” in accordance with the Wireless Telegraphy Act 2006.

This won’t affect the planned 4G auction as the bands lined up for that include those in the 800MHz and 2.6GHz frequencies.

UK Broadband also announced in February that it would launch a 4G network this year using its 3.5 GHz spectrum. This is set to go live in May.

I’m sure you’ll agree that the sooner we get 4G the better. No more delays please!