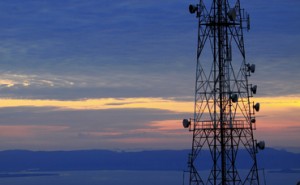 You will be already aware that the EE 4G network is already up and running which has the other major networks plotting their revenge. Well, they will have the opportunity to offer their own 4G service very soon.

If you feel, like a lot of people, that EE’s tariffs are a bit on the steep side then the news that Ofcom has announced that the auction for the UK’s remaining 4G spectrum has begun can only be good news.

Ofcome delivered the news today and says that seven major networks were competing to get their own slice of the high-speed mobile service.

The auction will likely take several weeks as the UK networks compete for a combination of bands which could then be combined to create the superfast mobile broadband spectrum.

With the UK classed as the most competitive mobile phone market in Europe it’s likely that the bidding war will be a close one. By the end of the bidding process only four networks will have the chance to run a 4G network.

Ed Richards, Chief Executive from Ofcom was keen to emphasise how important this auction is for bringing the UK up to speed with the rest of the world.

“It will release the essential raw material for the next wave of mobile digital services. This will change the way we consume digital media in both our personal and working lives and deliver significant benefits to millions of consumers and businesses across the country.”

I for one am looking for a more competitively priced 4G service and one that the latest iPhone can actually access.