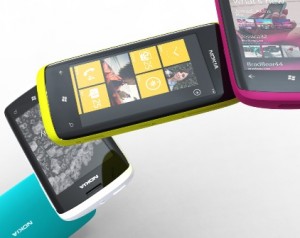 It doesn’t happen that often, but Nokia has chosen the UK to be one of the first to get their new Windows Phones!

The UK will be joined by France, Germany, Italy, Spain and the Netherlands as the chosen by Nokia according to Victor Saeijs, Nokia Europe vice president.

Nokia is going all-in with Microsoft’s mobile software as they are cutting any further development of their Symbian and MeeGo operating systems.

To be honest, it was only the Symbian OS that had me switching from Nok’s wares as their hardware was always pretty much bullet-proof.

I, for one, am hoping that the rather swish and easy-to-use Windows Phone OS with its tile-based interface will help turn Nokia’s fortunes around.

It seems that WinPho7 has been so well received that Microsoft is basing their new Windows 8 PC operating system on the design.

Do you think that the Microsoft/Nokia love-in will be as successful as they are hoping?