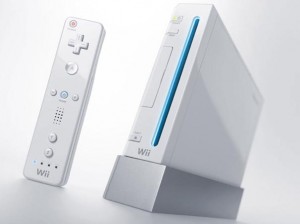 After revealing that the Xbox 360 was the hotty for teens it seems that it’s the Wii who is winning the Christmas shopping battle – according to online shopping data from AOL Shopping UK and PriceGrabber.co.uk.

The funky ‘n’ friendly motion-sensing console has managed to grab 44% of searches since the start of December compared to the Xbox 360’s 35% and the Sony PS3’s 20%.

It’s not over for Sony though, as other stats show that Sony Blu-ray players are the choice this crimbo for spinning those Blu movies nabbing 44% of the crop, with the company’s BDP-S350 likely to be under most trees this Christmas.

The top ten most popular “digital” products searched for overall, according to the data, is as follows:

Are you expecting any of the above under your tree or stuffed in your stocking this year?