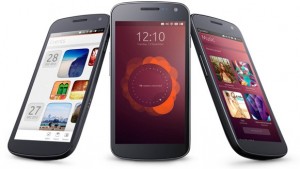 You’ll soon be able to get Ubuntu on a phone, which you can then dock and get a full Ubuntu desktop experience.

The Ubuntu phone operating system is set to join the already swelling ranks of smartphone platforms in 2013 – but will it be worthwhile?

Canonical has taken a different route with its Ubuntu plans and, instead of yet another fully-fledged OS landing in the smartphone arena straight off, Ubuntu for smartphones will actually be installed over the top of Android.

Basically, as Ubuntu is a flavour of Linux, and Android is too, it’ll provide all the drivers necessary to power the phone and interface with Ubuntu.

It does appear to be quite a good looking system and anyone with previous experience with the PC Ubuntu OS will feel instantly at home. One of the major selling points of the platform, according to company CEO Mark Shuttleworth, is that, unlike Google with its multi-OS approach to its ecosystem, what you get with Ubuntu is the same full version of the software on all your devices.

This means that you’ll get the same Lenses approach on Ubuntu phone that desktop users will be used to. There’s the same apps as well as the same look and feel. The main difference is that, to work on a smartphone, it has had to add touchscreen control.

I like the way that you can assign an app or feature to open straight from the lockscreen. Slide a digit in from the left and you get a string of around 10 apps to navigate to. Apparently people only really use about 10 apps on a regular basis, so that’s why there’s only space for 10 at once. However, you can scroll the list up and down if you wish to add more.

Other slide controls are, a flick from the bottom brings up a contextual menu, a slide from the right takes you back to the last app you were looking at and, if you slide from the top, you get direct access to your phone settings.

Smartphones are generally judged on their apps. Thankfully, there’s already excellent coverage thanks to the thriving Ubuntu developer community and the phone OS will support native ones and web apps too.

Also, gaming industry standards such as OpenGL have been promised in order to bring top end games to Ubuntu phone mobiles.

There are two main groups that Ubuntu phone is aimed at. The first is those on low-end smartphones looking for a lighter and slicker experience. The minimum spec required is a dual-core Cortex A9-type CPU with 1GB of RAM and an 800 x 480px screen.

Then there’s those that are after an Ubuntu superphone that can act as a desktop computer when docked with a keyboard, mouse and monitor. The spec required for this is a quad-core A9-type processor, 1GB of RAM and either a 720p or Full HD screen.

The Ubuntu image will be available shortly to install over the top of Android on the Samsung Galaxy Nexus, so you’ll be able to try it out for yourself if you’re so inclined.

You’ll be able to buy Ubuntu mobiles first as Ubuntu for Android phones which have an Android face while out and about, but serve up Ubuntu when docked for desktop use. By the end of the year, there will also be the straight Ubuntu phone experience from as yet undisclosed OEMs.