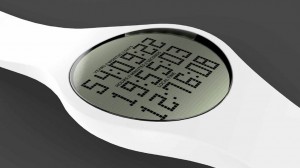 Here’s just what you need for a Monday. A watch that tells you when you’re going to die.

Perhaps one of the more… unusual Kickstarter projects I’ve stumbled across but there’s plenty of people out there that are looking for such a timepiece, as it has already tripled its funding goal and there is still a week to go before funding ends.

The use of ‘Memento mori’ isn’t a new thing but having a wrist-based reminder to live life to the fullest is.

Founder of Tikker, Fredrik Colting, explains: “I think that if we are aware of death, and our own expiration, then we will have a greater appreciation for life. Some people have gone through near-death experiences, or survived serious illnesses, and they come out of it with a new way to look at life. They no longer sweat about the small stuff, but are simply happy to be alive. Hopefully Tikker can accomplish this.”

Colting came up with the idea after a family bereavement. He says, “I first thought of the concept behind Tikker when my grandfather passed away 10 years ago. It made me think about death and the transience of life, and I realised that nothing matters when you are dead. Instead what matters is what we do when we are alive.”

Of course, the watch doesn’t tell you exactly when you are going to die, so this isn’t going to help your plans to dodge death or prepare a cunning game of chess with the sickle-carrying cloak wearer. However, it does make a calculation of your life expectancy depending on certain variables gathered through you answering a questionnaire – honestly.

The watch, which displays the countdown of you life in years, months, days, hours and minutes, has been popular among a wide demographic.

We have two things that unite us as humans: we are born and one day we die – cheery thought, huh?