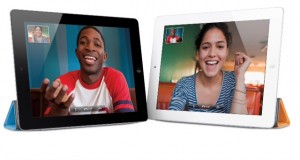 Apple’s valuation burst through the $600bn mark earlier this year, making it only the second company after Microsoft to do so. Some stock analysts predict that Apple will be worth even more by the end of the year as China’s biggest mobile carrier takes on the iPhone, and the new iPad and iPad 2 continues to sell. So what’s behind the company’s serial successes?

Simon Sinek put forward his ideas on the subject in his TED talk, stating that Apple’s core set of beliefs – around simplicity, challenging the status-quo, excellent design and bringing the latest technology to consumers – can be applied to all their products.

By focusing on ‘why’ the company exists as opposed to ‘what’ the company makes, Apple has developed a simple marketing message with wide appeal rather than a feature list of technical specifications and jargon. Ridley Scott’s 1984 Superbowl television advert, or slogans such as ‘Think Different’ present the idea of computing as innovative, creative and friendly. It’s a concept as applicable to a phone or music player as it is to a desktop or laptop.

But is it really possible for the intangible ‘why?’ to turn into a $600bn valuation? Sinek says that there’s nothing structurally different about them from any of their competitors, but Apple does have a few tricks up its sleeve.

“Nobody wants to buy sour milk”

It turns out Apple is as streamlined behind the scenes as the curves on the latest iPad. Adam Satriano and Peter Burrows give some insight into the supplier chain and parts distribution in their article for BusinessWeek.

Apple leverage considerable financial muscle to buy air-freight space, and they did so at a time when many of their competitors were shipping by sea and hoarding large inventories. The company seeks to own and develop the technology that make its designs possible, and work with suppliers to tweak their industrial processes. Of course it also does plenty of trade through its own retail stores, which offers the ability to track and forecast demand for products, especially around launches.

A combination of winning strategy and super-high investment means that products are in peoples’ hands before competitors are even shipping. Apple’s new CEO Tim Cook summed up the goals of meeting demand with the latest technology before competitors: “Nobody wants to buy sour milk.”

And simplicity plays a role again in the streamlined product range: one tablet, (Apple’s iPad), three completely different desktops (mini, iMac, Pro) and so on, so operations and launches are focused.

No-one doubts that importance of the influence of Steve Jobs on Apple’s success. His charisma even earned its own name. Derived from Star Trek and coined by Bud Tribble, Jobs’  ‘reality distortion field’ was described in Walter Isaacson’s biography of the Apple founder as “a confounding melange of a charismatic rhetorical style, indomitable will, and eagerness to bend any fact to fit the purpose at hand”.

The upshot was engineers delivering on what they thought was impossible, talent flocking to Apple, the unique Mac Store retail environment and hype over product launches. A hard drive attached to a pair of headphones becomes a music revolution and commands higher prices than any competitors’ product.

The Apple has a core

But can it keep it? Apple has always been excellent at implementing its values across its product range and its business. Challenging the status-quo, simplicity, and innovation are all to be found in equal measure across the business approach, marketing and communications, and product design and product range. The only remaining question is, as the company grows and targets new markets, can it keep those values in focus?