Three Offers UK Smartphones all The Data They Can Eat 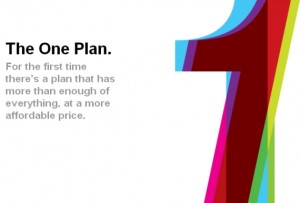 It doesn’t seem that long ago, June I think, that everyone were capping data plans left, right and centre. The reasoning given by the providers was that more smartphones, meant more web, which meant their delicate little networks were getting hammered.

So – you have a webtastic and apps-a-go-go smartphone but have to watch how you use it as you’re more than likely going to hit that data-wall which tends to mean a nasty surprise appearing in your next bill.

Now, you’d expect one of the top 3 to come to your rescue. Not quite – Three has become your data-savior as they have just resurrected their unlimited data plan.

Smart-phone users on the 3G-only mobile network can opt for the One Plan which is pretty much an all-you-can-eat data buffet of Internet, video and apps.

Three’s Sales and Marketing Director, Marc Allera, was fairly smug with the new day stating that “The One Plan was already a market-changing offer – we’ve just made it even better”.

Now then O2, Orange/T-mobile and Vodafone – care to match this?

Is there better? Let me know below 🙂