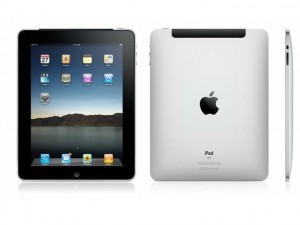 Three Mobile has unveiled its plans and costs for your discounted iPad needs.

If you skip over to Three you’ll be able to swipe an iPad for as little as Â£199 – following on from T-Mobile and Orange’s discount bonanza.

The subsidised 16GB Apple iPad Wi-Fi + 3G comes in just under the Â£200 mark when taken with a two year, Â£25 per month fixed term contract that includes 15GB of monthly data. The 32GB and 64GB storage capacity iPad Wi-Fi + 3G models are to cost Â£249 and Â£349 respectively on the same monthly deal.

If signing up for 2 years seems a bit daft given all the chatter about iPad 2 then you could opt to get your iPad from Three Mobile for Apple Store prices: Â£529, Â£599 and Â£699 (16GB, 32GB and 64GB respectively) along with a selection of PAYG or single month rolling contracts.

To buy the iPad on 24 month contract Â with Three costs:

Alternatively customers can buy their iPad outright from Three and pair it with whichever of Threeâ€™s micro-SIM only tariffs suit them:

See how that compares with Orange and T-mobile’s offerings here.