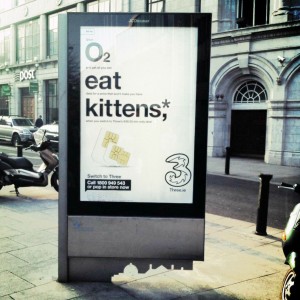 The head honcho of mobile network Three has pretty much said that there could well be some interesting moves in the cellular world next year. This includes a possible buyout of O2’s UK operations.

The number of mobile network operators in Britain could soon drop from four to three, according to the chief executive of the UK’s smallest carrier.

Three’s chief executive, David Dyson, said: “Under the right circumstances the UK could operate competitively with three or with five [networks],”.

That is all dependent on whether such mergers and deals get the OK from competition watchdogs and not leave the UK’s mobile world a poorer place.

Dyson added: “We are three years into a five-year plan to double our customer base from five million to 10 million. If we can deliver on that plan maybe that makes us more interesting as a target or puts us in a position where we can do something as an acquirer.”

Could this be a hint towards Three looking to purchase O2?s UK business?

Well, you might be under the impression that Three hasn’t got the oomph to make such a move. Even though Three currently has 7.8 million customers and only 10% of the market share, you might not know that Three is part of massive Chinese conglomerate Hutchison Whampoa. This means that Three is’t exactly short of money.

Add to that the fact that it is currently buying O2 out of Ireland – the shopping for O2’s UK base suddenly becomes less far-fetched, although the Irish deal is currently on hold while it’s scrutinised by the European Commission.

Three sometimes gets bad press about poor signal and coverage but imagine getting those good all you can eat data deals but on O2’s network. I vote a firm yes. How about you?