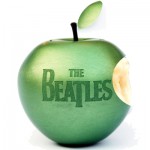 It looks like iTunes may be facing a load of emails from bands and musicians now that The Beatles deal has come to light.

Personally I didn’t get the hype over being able to download the classics from The Beatles via the Apple service – what I’ve been more interested in is the deal being struck between Apple and Apple Corps.

According to a report Apple Corps, The Beatlesâ€™ record company, is receiving direct digital download royalties from iTunes while the â€œsongwriting mechanical royaltiesâ€ go to the catalogue owners Sony/ATV Music Publishing.

This means that this iTunes deal is a licensing arrangement rather than the usual royalties split which is more lucrative for The Beatles than other artists.

Ed Christman wrote in Reuters “that [this] suggests the royalty split could be more lucrative for the Beatles than it would be under the typical provisions of a standard artist contract, which treat digital downloads as a retail sale”.

For “superstar artists,” retail royalties are usually between 20 percent and 25 percent of revenue. On iTunes, that amounts to between 17 cents and 22.5 cents for a song that costs $1.29.

Well done to them and their solicitors but this must really rub the likes of Cheap Trick and the Allman Brothers up the wrong way as they have been arguing their point that digital download sales should be treated as licensing rather than straight retail purchases – needless to say that they’ve been consistently rebuffed.

Now that The Beatles have this in place and has set quite a precedent I’d expect other major artists to start digging deeper into this.