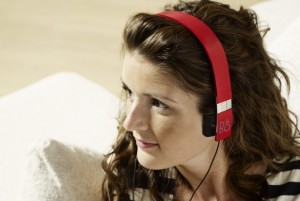 Lovely, lovely Bang & Olufsen – how I love your classically simple yet gorgeous tech. B&O has just announced that it has “made over” the fabulous Form 2 headphones to celebrate the 25th anniversary of the iconic earpleasers.

These classic cans were sleek, minimalist and futuristic in their design back when they were originally released in 1986. The Form 2 still look great and you only have to look at the likes of Jaybird’s Sportsband to see the design still being ‘re-imagined’ 😉

Besides, with Sony and Aiaiai churning out their retro-tastic headphones why not get the re-issued real deal?

Let’s face it – The Form 2 headphones are so stylish that they featured in New York’s Museum of Modern Art in 1991; and, as much as I love my AKG K450‘s I doubt that will ever happen to them.

The semi-open headphones have an achingly 80s square design that follows the headband and even though they look narrow and more form than function the cans pack dynamic drive units for a “well defined sound”.

“I never leave my house without my Bang & Olufsen Form 2 headphones and I even had a pair custom-made to match the colours of the Danish flag,” enthused Tue Mantoni, President and CEO of Bang & Olufsen. “I recommend these headphones to anybody with a passion for sound.”

I know what you’re thinking – B&O headphones with a retro-futuristic style reissued for a 25th anniversary is going to be painfully expensive. Well, not really all things considered.

The Bang & Olufsen Form 2 headphones are available now and priced around £100.