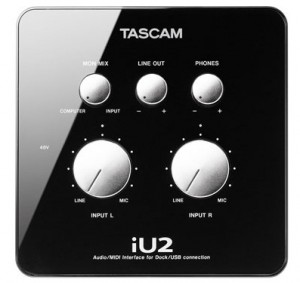 I received a press release which caught my attention. Tascam, the renown brand seen in many professional studios, has announced a new audio/MIDI interface that not only caters for ‘real’ instruments but also Macs, PCs and iOS devices.

I remember buying my first 4-track recorder many, many years ago so seeing Tascam release the iU2 warms my musical heart.

The iU2 will play nice with your iPhone, iPad and iPod Touch thanks to an Apple-friendly 30-pin connector.

It is also equipped with an on-board mic preamp and analogue-digital converter which, Tascam claims, results in low-noise recording with less distortion.

If you sling some strings then you can plug in your guitar or bass (or anything with a standard jack) into your trusty iDevice via the Tascam iU2 in order for your to get your noodling down by using Tascam’s free two-track PCMRecorder app, available from the App Store.

The Tascam iU2 audio interface also jams with Macs and Windows PCs, but it’s the modern spin on the Portastudio handiness that has piqued my interest.