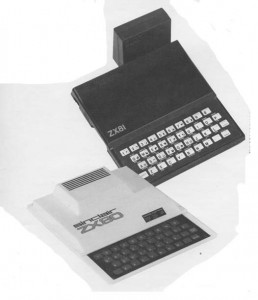 BBC 4 is going to be showing the Tony Saint penned Syntax Era.

It’s set to remind many of us of the glory years of classic British computing – the 1980s.

It stars Alexander Armstong (The Armstrong and Miller Show, Mutual Friends) and Martin Freeman (Hot Fuzz, The Office) and will be a 90 minute comedy-docu-drama that will tell the story of the rivalry between Sir Clive Sinclair and Chris Curry.

Curry and Sinclair were originally friends and colleagues, but as they fought for dominance in the computer market, their rivalry became much more bitter, even including a punch up in a Cambridge pub – who says geeks are harmless?

The show will also feature archive clips from Newsround (hopefully with John Craven!) to illustrate the buzz that surrounded the two computers and their makers, as well as the infamous Sinclair C5 battery powered tricycle.

â€œThose of us that lived through the Eighties will remember the sense of excitement when gadgets and technology started to appear in our homes, but not many of us will know the fascinating stories behind their arrival,â€ said BBC4 controller Richard Klein.

I can’t wait! I almost can hear those tones coming from the tape player as I await the game to load and almost see those immortal words – Syntax Error!