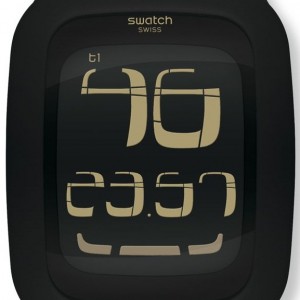 Time to add another name to the smartwatch race? It would appear that renowned fashionable timepiece makers, Swatch, are considering joining in with their own wrist tech – could we soon see a SmartSwatch?

In a recent report by Reuters, Swatch states that the smartwatch is more of an opportunity than a threat to its traditional market, although they did not reveal any specific details regarding devices or firm plans.

“The smartwatch is an opportunity for us, whatever happens. If people who never used to wear anything on their wrist start wearing a so-called smartwatch, then we certainly can convince them quickly to try wearing a beautiful watch instead,” according to Chief Executive Nick Hayek.

Swatch teamed up with Microsoft about 10 years ago to release the ill-fated Paparazzi so they’re no strangers to the field.

It will be interesting to see what Swatch comes up with. The wearable technology arena, especially smartwatches, is expected to expand significantly in 2014, with a number of manufacturers working on various devices.

Just look below at the related articles.