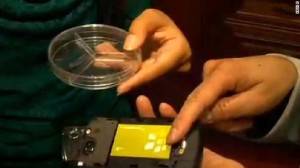 Having your phone die mid-conversation or worse, mid a high scoring sprint in Temple Run, is annoying. The wait for it to be fully charged seems ages. Not anymore as an 18 year old student has invented the speediest of phone chargers.

Eesha Khare has invented a cellphone charger that is capable of charging a mobile phone in around 30 seconds.

Khare has won a Young Scientist Award and also $50,000 in prize money which she will use when she goes to Harvard this aumtumn.

The device is a supercapacitor which is capable of charging a mobile phone battery in around 20 to 30 seconds, and the technology could also be used for other devices such as charging car batteries.

“I developed a new supercapacitor, which is basically an energy storage device which can hold a lot of energy in a small amount of volume,” she told KPIX 5. The technology may also be able to speed up charging of automobile batteries, she said.

In announcing the winners of what it billed as the “world’s largest high school research competition,” Intel cited Khare for recognising “the crucial need for energy-efficient storage devices” as the world rapidly adopts portable electronics.

As we surround ourselves with more-and-more electronic gadgets and electric powered (folding) cars, bikes, unicycles, and other forms of transport, having a speedy charging solution is definitely a requirement for the near future.