Stream iTunes From Computer to iPhone / iPod – Share With Friends! 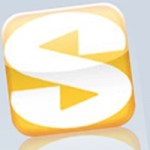 iPhone users and thoseÂ that have anÂ iPod TouchÂ can now stream music from their puter officially thanks to a new app just launched on the Apple App Store!

Called Simplify Media, the new application allows you to navigate artists, ablums and genre and works over Wi-Fi, EDGE and 3G.

You’ll need to download a secondary application on your PC/Mac for the application to work but that aint a big deal now is it?

You’ll alsoÂ be able to stream music from up to 30 friends as well as being able to view album art!

Apple has said recently “New versions iTunes and the iPhone Software could theoretically eliminate this problem by syncing only the metadata — or tiny files containing the barebones attributes of each media item or playlist but not the content itself — from a user’s iTunes library to their portable devices.”

It seems now you can but someone’s bet Apple to it :0P