Storm Camden – A Touchscreen Watch Named After My Neighbourhood 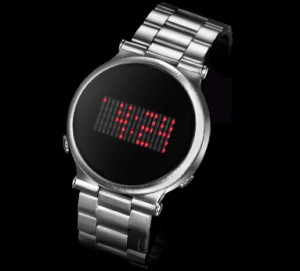 Some of you may already know that my ‘hood or endz is Camden in London.

That’s one of the reasons why the new watch by Storm caught my eye.

The Storm Camden is not only a cool retro-looking digital time-piece it also features a touch-sensitive screen that when tapped switches on the screen.

Not only does this look cool it also saves battery power so that you should see 2 years of use before replacing the power source.

When it comes to swapping the battery you wont get caught out as the Camden has a built-in indicator.