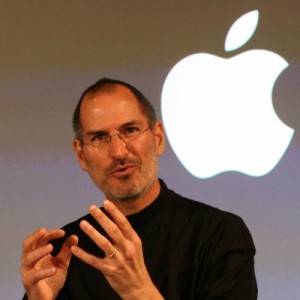 Steve Jobs has done it again.

The fruity CEO has been named the most influential person in the technology industry, topping the 2009 Agenda Setter’s list compiled by Silicon.com.

Jobsy is the only person in the award’s ten-year history to have topped the poll twice.

The expert panel praised Apple‘s “IT desirability” and “continuous innovation”.

Other folk in the top ten club include Twitter co-founder Evan Williams, Google CEO Eric Schmidt and, of course, US President Barack Obama – that will go with his new Nobel Peace Prize.

Thanks to Mike for pointing me to Silicon.com – where you can read the full low down 🙂