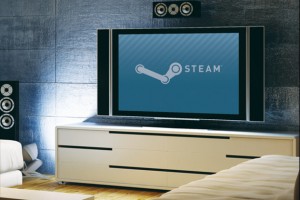 Steam’s Big Picture, which is set to take PC gaming in to the living room and win the hearts of casual gamers, has finally moved out of beta.

Big Picture takes all of the gaming lovliness of Steam and then optimises it for HDTV rather than your typical PC monitor.

This might not sound that big a deal but this takes Valve in to the same gaming arena as the common consoles and their out dated hardware – for example, the Xbox 360 is 7 years old and the 720, or whatever it will be called, isn’t due til Christamas 2013. You try and find a PC gamer using a 7 year-old machine.

This brings about the opportunity for users to assemble, what Valve calls, Steamboxes. These living room PCs dramatically out perform the current crop of consoles with specifications limited only by budget and can double-up as Home Theatre PCs (HTPC). Not to mention that PC games are generally a darn sight cheaper!

One thing that Steam has taken from the console gamers armory is the controller – no one really wants to have a gaming keyboard and mouse on the coffee table, do they?

They have made a point of this and, in celebration of Big Picture’s official launch, Valve has some bargain “controller-friendly” games with up to 75% off.

Counter Strike: Global Offensive, Left 4 Dead 2, Sine Mora, Portal 2, and 33 other games are part of the sale which runs through December 10th.

Are you ready to take your PC gaming in to the main room – or do you do that already?