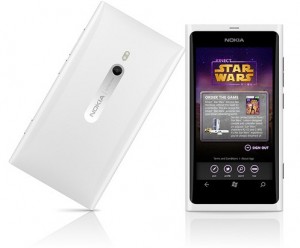 Fancy getting some Force on your phone? You can now get the companion application for Kinect Star Wars on your Android blower and iPhone as well as your Windows phone.

Microsoft has released the app across all the stores and is available as of now.

The app aggregates a user’s Facebook and Twitter social network feeds and turns them into the iconic Star Wars text scroll that appears at the start of all of the films and anything else connected to the sci-fi blockbuster.

You can use the app to post to either site, find out more information about the Xbox 360/Kinect game or even order a copy from within the application itself.

Yeah, no gameplay here but then it is free!

Stephen McGill,  director of Xbox and Entertainment for Microsoft UK, proudly stated that “We are putting ‘the Force’ directly into people’s phones to help launch Kinect Star Wars” going on to say “Fans will be able to carry a piece of the Star Wars universe in their pockets and, like the new game for Xbox 360, immerse themselves in the incredible world of one of the most enduring entertainment franchises like never before.”

Well. It is cool for a while…