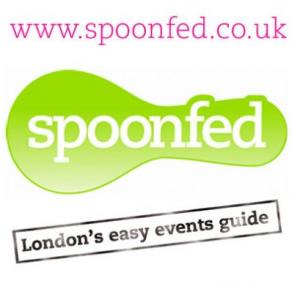 I love livining in London as there’s always something to do – but sometimes that can also mean that the chances of me finding out about something after it’s happened is also more likely.

The amount of gigs, burlesque and comedy shows that I’ve missed just because I didn’t read the listings for a week or buy a magazine are innumerable.

Through the mighty power of the iPhoneÂ hooked up theÂ knowledgebase of theÂ Spoonfed app you can soon become the go-to-person for all entertainment queries.

You’re dropped slap-bangÂ into the middle of theÂ action with Twitter feeds from venues updating you on what’s going on around you and where, including reviews from critics.

You can even share your own opinions on these events when you get there.

Its radar feature is what’s got me hitting ‘Download App’.

ItÂ shows youÂ where you are and a number of pinpoints pop up with real-time information on what’s going down in your locale.

It could be a secret gig, a hidden gem of a pubÂ or news that the concert you’re trekking across London for has been cancelled.

It’s gotta be worth it – as itÂ costs absolutely nothing!