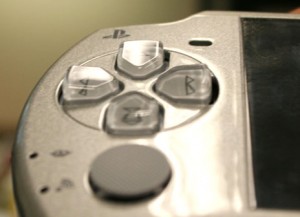 OCModShop have published their guide on overclocking the PSP’s CPU.

Why would you want to?

Well, because you can!

Apparently the MIPS R4000 CPU inside your PSP was actually……

So, why not unleash its full potential? – unchain the CPU from its factory underclocking – you owe it to your PSP.

Well there is some in-game tinkering already as Sony allowed developers to change the clock speed from within the game, starting with Bios 3.5, which Gears of War takes advantage of.

Slink over to OCModShop for the guide 🙂