The Spark Open-Source Tablet is now Available for pre-orders 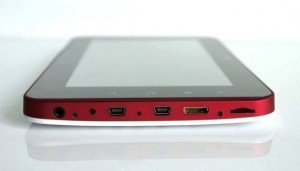 You have probably already heard about the Linux-based Spark tablet – but now you can preorder the open-source slate.

If you’re eager to get your hands on the Spark then you need to head over to the Make Play Live website right now!

The Spark is not only different because it is based on the KDE Plasma environment but pre-ordering it does not need you to leave your credit card details.

The software environment is built using components from the KDE and Mer projects, both of which are community-driven and love independent developers chipping in.

If you want to use a different operating system then that’s entirely up to you.

Seigo says that the only parts that aren’t completely open yet are some of the hardware drivers.

“Right now we’re still stuck with a few binary drivers which is not a perfect situation. With time I’m confident we’ll get the binary drivers out of the picture, one by one, even if it takes time, effort and some pain,” he goes on to explain that “We’ve already managed to get source for some drivers that were not previously available so the trajectory is right.”

It may be worth reading the frequently asked questions and Seigo’s responses regarding the Spark.

The retail price of the Spark hasn’t been finalized yet, the developers are aiming for €200 ($262) and should reach buyers in May this year.

Will you be putting your name down for one?