SpaceX is up, up and Away! A Giant Leap for Privatised Space Travel 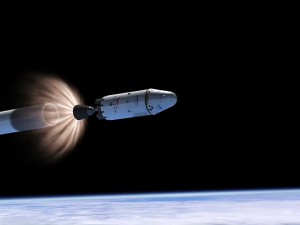 SpaceX hasn’t had the most straight forward journey thus far but in the early hours of this morning everything was “G for Go”.

Today’s SpaceX flight aims to get a bit of cargo into orbit and delivered to the International Space Station (ISS) and it all appears to be going according to plan -so far so good.

This may appear to be a routine launch but the SpaceX programme brings us closer to a private space program.

The SpaceX team webcast the whole thing from its website for everyone to enjoy. If they are good and decent people they will post up a vid for everyone to watch back on there soon.

Naturally, there was much national pride over at The White House which offered its congratulations for “the potential of a new era in American spaceflight…” powered by the private sector.

SpaceX has manged this bit before but now the tricky little matter of getting the Dragon capsule to actually dock with the ISS is the next step.

If the food delivery to the ISS goes well then it could lead to one of two things: 1) private manned spaceflight or 2) extra-terrestrial pizza delivery – either way, it’s a brave new dawn.

It sounds like there were passengers onboard the SpaceX flight after all.

James Doohan, the actor who famously portrayed Montgomery Scott, the chief engineer on the original Star Trek series, has finally made his way into space, albeit posthumously. The SpaceX Falcon 9 rocket that successfully launched this morning carried on board the ashes of Doohan and 307 other people who had signed up for a so-called memorial spaceflight service.