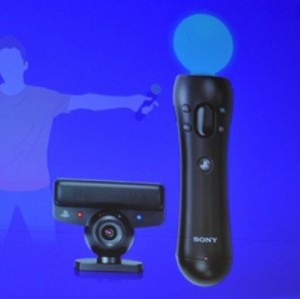 EA‘s CEO,John Riccitiello, accidentally let slip that Sony has been referring to the motion-sensing accessory as the “Gem” at a media conference in New York. Ooopsy!

During his speech Riccitiello said: “Natal [Microsoft’s motion sensing game solution] and Gem, these are likely to bring new consumers into the marketplace”.

Sony Computer Entertainment of America director of comms has since told gaming blog Kotaku “We haven’t announced a final name at this point” and that “Gem” was in fact “an early code name for the product”.

Sony flashed the magic-wand motion controller at E3 and it works with the PlayStation Eye camera and claims to offer image recognition, depth detection, and gyros for a more interactive gaming experience.

Whether or not it keeps that name, the Gem system is due to be available Spring 2010 – launch details are still a being kept super-secret…. perhaps another slip soon? 😉