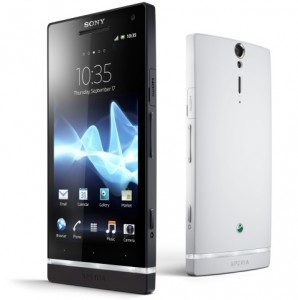 If you want a free Sony Xperia S then look no further because the aptly-named buymobilephones has listed the Android-powered mobile ready for pre-orders on all major UK networks.

You get to choose your partner – O2, Orange, Vodafone, Three and T-Mobile are all vying for your attention.

To get the Xperia S for nowt (as they say up north) is to pledge your allegiance to O2. They reward you with the Android-powered Sony for nothing and all they ask for in return is monthly payments of £21.50 per month. That gets you 100 minutes, 500 texts and 500MB of data. You will have to stay wed to O2 for the next 2 years though.

That’s still not a bad deal for the latest smartphone, and Sony’s first solo effort when you’d have to cough up £41 per month for a similar deal on an iPhone 4S.

The Xperia S is packing a 720p-resolution 4.3-inch screen that comes loaded with Sony’s Bravia screen technology and a 1.5GHz dual-core processor in the engine room.

The Xperia S looks nice and that translucent strip along the bottom will certainly make it stand out in a crowd.

Oddly though, for this up-to-the-minute smartphone it lands with Android 2.3 Gingerbread and not Ice Cream Sandwich. I would hope that an update isn’t far behind – you hear me Sony!?