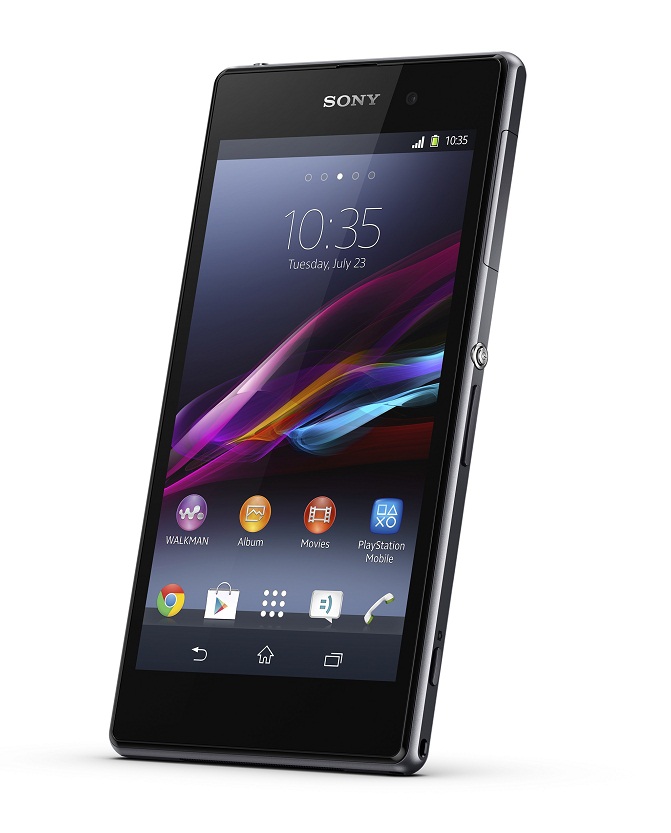 A solid one-piece aluminium frame with tempered glass on the front and back ensures that it looks good and as well as offering a consistent viewing experience from any angle.

The Xperia Z1 also includes a 3000 mAh battery for a high battery performance. Sony’s Battery STAMINA Mode automatically turns off functions to save power when you don’t need them and restarts them when you do.

It has a staggering 20.7-megapixel camera along with 2GB of RAM and a 5-inch Full HD screen.

The biggest improvement for Sony’s latest offering is undoubtedly that camera.

The combination of those technologies delivers the same level of quality and performance as a conventional compact digital camera.

This means that Xperia Z1 should capture beautiful, sharp and bright images even in lowlight conditions.

High shutter speeds and 3x clear image zoom also prevents shots from being blurred while enabling them to be captured at distance.

“Xperia Z1 represents a significant milestone for Sony in our continued efforts to deliver unforgettable experiences to our consumers,” said Kunimasa Suzuki, President and CEO, Sony Mobile Communications. “Not only by bringing the power of Sony to the smartphone and through close collaboration with our partners but by setting a new standard in premium smartphones.”

Not only has the Z1 got an impressive snapper, you can do more with it than ever before

Social Live means you can live stream your footage to your Facebook page, with comments and likes transmitted in real time.

Info-eye gives you information on what it recognises in your photos. The name of a landmark, what food goes with that wine, and the plot of a book.

Timeshift burst captures the perfect shot every time – Xperia Z1 takes 61 images in 2 seconds – a second before and after pressing the shutter – so you can scroll back and forth to find the perfect image.

Sony Mobile’s new president and CEO let it slip that the Sony Xperia Z1 will be available from September 16th, less that a couple of weeks away. That might explain why some carriers and retailers were in a rush to get their pre-order pages up online as soon as the phone was announced.