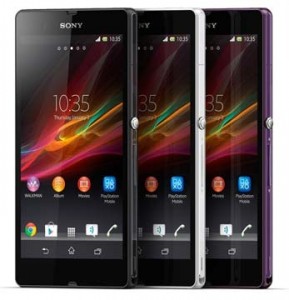 I was lucky enough to get hands on with a pre-production Sony Xperia Z last night – so here’s my initial thoughts and first impressions of the device in a pre-release Xperia Z review.

First thing, first. 5-inches. Yup, five inches of smartphone – more on that later. I just needed to get that off my chest, early on.

As well as the huge screen, the Z is packed with plenty of features as well as power to shove all that cleverness along.

Under the hood is a quad-core 1.5GHz processor, 2GB RAM, 16GB of internal memory, Bluetooth, NFC, WiFi and much more.

Let’s get to the review.

The Xperia Z does look very good indeed. My first response was that it felt like a wider, thinner iPhone 5. It doesn’t feel as cheap (sorry) as the Samsungs and manages to feel well put together whilst remaining featherweight, like the latest Apple.

The front and back tempered glass is also reminiscent of the Apple offerings and gives the Xperia Z a glossy look and quality feel. The downside to the glass front and rear is that you’ll find you leave plenty of fingerprints behind.

With its 5-inch display there is no denying that you are not going to miss this device. It is big, but still feels well proportioned.

This understated look, which works on all three colour versions of the phone (white, black and a purple option that’s exclusive to O2) is classy, and because the phone is actually very slim, at a mere 7.9mm, it doesn’t feel like you’re carting around a small television.

It is impressive how thin it is considering all the kit inside. However, it might be worth pointing out that it is a sealed unit (which enables a sub-aqua party piece), so the battery cannot be removed.

I have to admit that, even with my bass player hands, the Xperia Z did feel a tad oversized when attempting single-handed operation. After a while with it, however, I got used to where to hold it in order to cover most functions with my thumb.

You won’t be able to miss the power button though as it sits proudly on the right side of the device. Located just beneath it you’ll find the volume up and down keys. Below the volume keys is the solitary speaker, which I will come onto later.

The headphone jack is located on the top of the phone to the right edge. The back of the phone has the main camera, LED flash, and a microphone.

Sony has opted for Dragontail glass instead of the Gorilla variety and, in theory, should be fairly resistant to knocks and scratches.

All the ports on the edges of the device have covers which keeps the body nice and sleek but also means you will have to fiddle with the flaps (so to speak) before attaching cables, etc. They’re not that tricky to open and feel sturdier than similar solutions I’ve tested.

Do not fear the flaps though – on the left side, beneath the microUSB and microSD covers, are two gold pins. These two pins are connectors for a dock that Sony has produced. Pop the phone into the DK26 dock and the device can charge without having to remove the cover on the port and turns the phone in to a natty little bedside clock. Nice save, Sony!

I did notice that the MicroSD and headphone covers have a symbol on them to tell you what they are whilst the USB and SIM card slot do not. Perhaps another factor in the handsets being pre-production models. 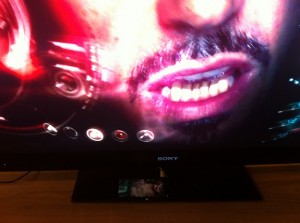 So, that 5-inch screen. Is big actually beautiful?

Well, the Sony Xperia Z’s display has as many pixels as a 55-inch Full HD flatscreen TV. That’s around 2 million, if you’re interested, and watching a film being squirted from the Z to a large telly proves that it has the power of a large flatscreen too!

The display, with its 443 pixels per inch (iPhone 5 has 326ppi), and 1920 x1080p resolution sits on Sony’s Full HD Reality Display. It is bright and colourful without being over-saturated. Text is clear and sharp.

The screen’s visuals are given a lift by technology poached from Sony’s Bravia TVs. Video playback looks terrific, as do the photos you’ve shot on the handset’s camera. 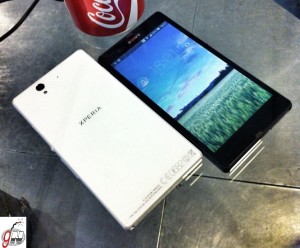 13 megapixels, an Exmor RS sensor and HDR for video in 1080p – all sounds very impressive and I generally like Sony snappers. So, how does the Z do?

The Superior Auto mode would probably be most owner’s default but there were times that, depending on the light and colours in front of the lens, it sometimes opted for some odd mode choices.

To capture pics in all of its full 13 megapixel glory then normal mode needs to be selected. This worked well and gives you a much larger scope for tweaking the images afterwards.

You can use the volume keys as zoom controls on the camera but I did notice that zooming all the way in on objects around 12 feet away resulted in a very fuzzy picture.

The Sweep Panorama worked very well and captured crisp widescreen shots – Sony had this before the iPhone 5, by-the-way 😉

Smile Shutter is a neat addition as it recognises when your subject is breaking into a grin and automatically takes a shot for maximum smile without you even having to touch the phone. And it shoots video at full 1080p resolution, too.

HD footage was good and there was a noticeable difference with HDR; the whole image looked richer but there were issues with the image stabilisation and focus at times. There are plenty of camera controls and effects that can be used for those who want them.

I did keep locking the phone as I wanted the power button to double as a dedicated camera button. This is only a minor niggle, but I thought that I’d just throw that out there.

There is a camera shortcut on the lock screen though for when you need to activate the camera app quickly.

A big screen means you’ll need some power to keep it lit up. Then there’s the quad-core processor as it pushes everything along, as well as all those programs that Android enjoys to run in the background.

As I’ve mentioned earlier, the battery is not removable but Sony have equipped the Xperia Z with Battery Stamina mode in order to eke out the most power. Switch to this mode and a lot of the phone shuts down: WiFi, Bluetooth and mobile data are disabled. Calls and texts will still come through and any software that’s mid-download will finish before the data connection cuts out. Alarms will still work, too.

These changes happen as soon as the screen turns off, and are re-enabled when you start using the phone again.

This can boost the remaining standby time from eight hours to two-and-a-half days. Apparently.

This is a 4G phone. For now, that means it’s capable of high speeds only on the EE network, though the frequencies built into the phone mean it will be 4G-compatible on other networks, after the current frequency auction is concluded. 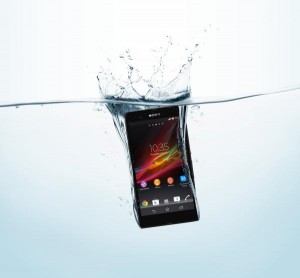 The Sony Xperia Z has an IP55 & IP57 rating, meaning the device is water and dust resistant and can be submerged in water of up to a metre in depth (3 feet) for up to 30 minutes and it will work fine.

We dropped the device in a bowl of water and had a video running and it continued to work. As with any water resistant device, operation via the capacitive touchscreen under water isn’t going to happen. So, no playing Angry Birds in the shower then.

If you want your Z to survive a dunking just make sure all the covers are closed.

On the positive side, the speaker is very clear and did not appear to distort at full volume. I’m pretty confident that the  so the audio output quality will satisfy most.

On the downside is the fact that there is only one speaker and it sits at the bottom right corner of the device. This seems to make it prone to being covered up by a rogue digit or two when the phone is in use.

It did pair with my AKG Bluetooth headphones quickly but the audio seemed fairly quiet until I discovered Clear Audio+ mode. This seemed to not only increase volume but also clarity with a slight emphasis on bass but not in a bad way. 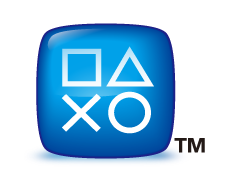 Let’s take WiFi, Bluetooth and NFC and what that can do for you for granted for now.

Using the microUSB port you can connect a plethora of accessories including memory sticks, games controllers and more. You do require a USB host cable to do this but they are easily accessible and give you a more powerful smartphone if utilised. Mobile office workers, this could be a good feature for you.

One-touch functions enable consumers to easily share music, photos and videos from their smartphone to an array of NFC-enabled Sony devices, including speakers, headphones and now TVs. With the new BRAVIA TV, for example, all you have to do is touch Xperia Z to the remote control of the TV to instantly enjoy your photos and videos on the big screen.

For the rest of us, we can use a more traditional cable solution to connect the Xperia Z to an HD display.

Something Sony doesn’t seem to have not shouted about (or do Sony phone owners simply take this as a standard feature these days?) is the fact that this is a PlayStation Certified smartphone. That means you gamers out there will be able to play some of your favourite titles available on the PlayStation Network. Having them on the Xperia Z’s 5-inch display should be pretty spanky. Pair that with a PlayStation controller via the USB port or connect the Z to a display and use a Bluetooth controller and you’ve a decent portable gaming machine, I reckon.


This is Sony’s neatest and biggest phone yet in my book. I’m very much liking its excellent, if slightly understated styling and the fact that it’s nice to use.

It is a striking, well-crafted, highly appealing phone – if your hands are big enough.

Users of smaller devices may find the 5-inch screen a bit of a step up, but I reckon you’d get used to it as the Xperia Z is only wafer thin.

If having a removable battery is a deal breaker then that might be a hurdle, but remember the Battery Stamina mode.

The Sony Xperia Z will land in the UK on February 28th with pay monthly tariffs starting at around £32. Preorders are open now with some networks offering a free set of Sony MDR1R headphones