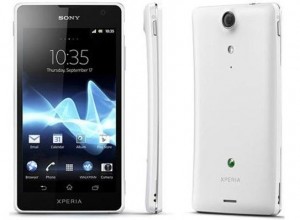 If you were licensed to kill which phone would you expect to be provided by Q Branch for you to use? Well, if you’re OO7, it could be the Sony Xperia T.

When you leave for work you have a routine – check that you have your wallet, travel card, headphones, mobile phone, Walther PPK…

OK, Perhaps not the last bit, unless you happen to be Bond, James Bond.

According to some intelligence I’ve received, Q may have  fitted Bond out with a Sony Xperia T.

Perhaps the choice was based on the phone sounding like this island’s favourite beverage, or perhaps the new mobiles are equipped with laser cutters, mini-scuba tanks and the ability to unlock the trickiest of female undergarments.

The Sony phones previously known as the Sony Xperia Hayabusa and Xperia Mint will be renamed as the Xperia TX and Xperia T when they go on sale shortly after a tour of duty with Britain’s top secret agent in the latest James Bond film Skyfall.

The renamed Mint is now the Xperia T. This bit of kit boasts a 4.3-inch 720p screen and 16GB of storage for secret plans, schematics of enemy bases — or music, movies and such.

If you run out of space then you can slip in a regular civilian issue Micro SD card for extra spy-space. A 1.5GHz Qualcomm S4 Snapdragon MSM8960 dual-core chip takes care of processing, with 1GB of RAM.

The T will appear in the latest Bond flick, Skyfall, which will be the 23rd 007 film and features Daniel Craig as the deadly special agent.

It has not yet been confirmed who will actually be using the Sony Xperia T – will it be issued to Craig by the new Q – Ben Whishaw? Will Dame Judi Dench update her Facebook status? Who knows?

According to double agents, the T and TX will feature a 13-megapixel Exmor R camera and probably will hit the field running Android 4.0 Ice Cream Sandwich software.

I would assume that Q and other carriers will have the smartphones updated to Jelly Bean soon after they are issued as this is the latest Android operating system and befitting of those fighting for Queen and country.

If you were in charge of kitting out a double-O agent, would the Sony Xperia T be your choice or would you select a different phone for Jimmy B?