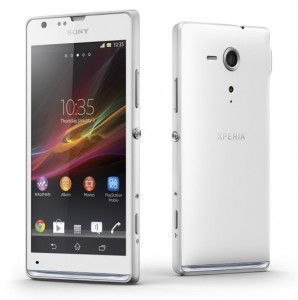 Sony has bolstered its Xperia army now that the Xperia Z is squaring up to the Samsung Galaxy S4. With an eye on the mid-range market Sony have now unleashed the Xperia SP and its side-kick the Xperia L.

The new smartphones from Sony, the Xperia SP and the Xperia L both offer some flagship specs but will sport lower prices in order to put the squeeze on smarties such as the Galaxy S3 Mini and Nokia’s lower Lumia range.

The Xperia SP will be providing the mid-range muscle with its 4.6-inch 720p display that uses Sony’s Mobile BRAVIA Engine 2. This tech is wrapped up in an aluminium band with the rest of the body featuring the same matte effect found on the Sony Xperia T.

Sony is clearly looking to carve a segment in the 4G market as well with the Xperia SP sporting full 4G LTE connectivity just like the mighty top-flight Xperia Z.

Under the hood there’s reportedly a 1.7GHz dual-core processor and NFC connectivity and an 8MP camera on the back.

Making a return to the Xperia line is the glowing translucent bar at the bottom of the phone which will change colour to match the images on your screen or pulsate in time with the music. 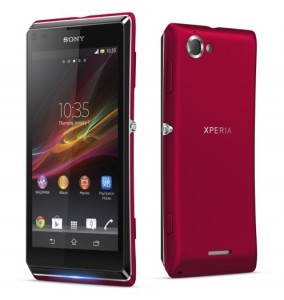 Giving a strong entry level performance is the Xperia L which mimics many of the same design influences seen on the Xperia T.

I’ve always liked Sony’s swanky curved back since holding the Xperia arc and, like its, sibling, the Xperia L features the same metal power/lock button found on the Xperia Z.

The screen is a 4.3-incher but there’s a dual-core processor underneath and NFC connectivity.

It’s good to see that Sony hasn’t skimped on the imaging as the Xperia L gets the same 8MP Exmor RS sensor as found in the Xperia SP.

Keeping it in line with other smartphones at that price point Sony is also including its STAMINA Mode which optimises the phones performance in order to increase battery life.

I’ve not yet had word as a confirmed date or price for the UK but Sony has given both the Xperia SP and the Xperia L an official release date of Q2 2013 which means we won’t have long to wait.