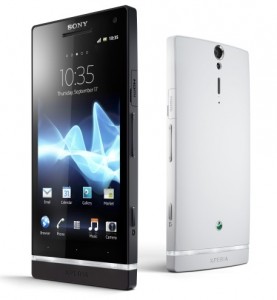 The Sony Xperia S has plenty going for it and the display is a huge feather in its Ericssonless cap. Unfortunately, it sounds like the Bravia-powered screen isn’t perfect after all.

It’s hard to find an Android smartphone which can out-display the Xperia S – it is like having a flatscreen TV in your pocket. Where the Bravia-tech touting HD screen seemed faultless Sony has had to admit that the screen has a major fault.

Reports have been emerging of a problem with the Sony screen that can cause it to develop a washed-out, yellow tint. The exact number of complaints is currently unknown but it must be enough to get Sony’s statement scribes working on an official statement:

“Sony Mobile Communications has identified that the display on a limited number of Xperia S smartphones may show a slight yellow tint if exposed to temperatures above 40 degrees Celsius. This is limited to a small number of units and the cause of this has been corrected. Any consumer observing this slight yellow tint on the display of their Xperia S is welcome to contact their local customer service centre and Sony Mobile Communications will resolve this at no cost to the consumer.”

Not tippy-toeing around the problem at all 😉

So, you should only get this particular screen issue if your Sony smarty is forced to endure temperatures of over 40 degrees Celsius.

Although I do feel like stating things can get pretty hot in my pockets – 40 degrees C is still quite the temperature to reach in normal, everyday usage.

Without seeing how Xperia S owners have managed to get their screens to go funky I am in no position to challenge Sony’s claims.

Have you been exercising in the recent warm-spell with an Xperia S in your pocket? Has the screen gone all jaundiced?

Let me know if your Xperia S is still shipshape or getting washed out.