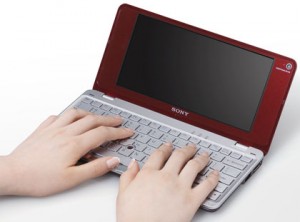 The Sony Vaio P ultraportable PC was first leaked back in Decemeber 2008, and although not quite as pocketable as it first appeared, it has gained many fans thanks to its high-res screen, great keyboard and of course, its good looks and handy size.

Unfortunately, the Sony Vaio P’s price does scare quite a number of people – but then there’s nothing else like it on the market.

When I heard about the Vaio Mini W (basically a generic netbook with the Vaio branding from what I can see) I wasn’t sure if this would put the P’s nose out of joint.

Apparently, though, the little Vaio P has been doing pretty well in terms of sales, particularly in the business sector.

It’s impressed Sony bosses so much that they are already planning ‘mark 2’.

Speaking to TechRadar, a Sony representative mentioned that the company was planning a series of new Vaio P models this coming October or November.

Details are of course a little thin on the ground, but they will be much faster in terms of boot-up time (currently around 90 seconds).

That date could be significant – with Windows 7 due on the market from October 22nd it could point towards Microsoft‘s latest operating system appearing on the new Vaio P.

The only things that I can be sure of is that it will remain looking the same and it wont get any cheaper.

More when I get it 🙂