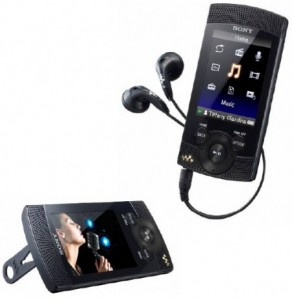 We all shared the leaked pictures of Sony’s S-Series Walkman and could only guess as to what the all important specs could be.

Thanks to French retailer Material the actual specs have been outed.

So, as well as those stereo speakers on the front the new Walkman has a 2.4-inch (QVGA) screen and memory will come in 8 or 16GB flavours.

You can expect 42 hours of audio or 6.4 hours of video playback – the S-Series will play nice with MP3/WMA/AAC audio and H264/MP4/WMV 30fps video formats.

The body will be kitted out with a kickstand, built-in microphone and an FM tuner (with 30 presets).