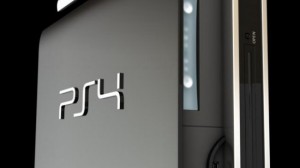 Sony is planning to reveal the PlayStation 4 in a big way during the people’s game.

Sony has just signed a $40 million deal with UEFA to continue as a key advertiser/sponsor for the Champions League Soccer and the PlayStation brand will be represented till 2015. To commemorate the association Sony will air the first PlayStation 4 TV advertisement during the upcoming Champions League final in May.

Sony Computer Entertainment Europe (SCEE) has announced that the very first PlayStation 4 TV advertisement will run during the upcoming Champions League final at Wembley in London on May 25th.

Little information is known what form the ad will run in terms of time. It could be a 30-second, or 60-second spot. Let’s face it – it could even take the form of ‘Sponsored by PS4’ either side of the ads.

As this is the first unveiling in Sony’s plan to market the Playstation 4 heavily for it’s anticipated global release this autumn, Sony could do a lot worse than air on of the most watched sporting events in the world. The Champions League Final surpasses even the Superbowl in the U.S. apparently.

Will you be tuning in?