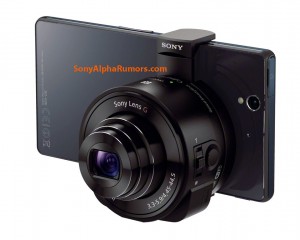 It is arguable that, no matter how good smartphone cameras get, they will never fully replace stand-alone snappers. Is this about to change thanks to a clever work around from Sony?

While the camera on smartphones have evolved to a point where most users are more than happy with their performance they’ll always lose out to full-fat cameras due to their small sensors, bad optics and lack of optical zooms.

Nokia tried introducing optical zoom and bigger sensor in the past but it made the phone so bulky that it didn’t really take off.

Sony, according to leaked information, is going to launch two wireless lenses that can be attached to its smartphones.

The DSC-QX10 and DSC-QX100 aren’t just any snap-on lens but are in fact fully functional cameras with optical sensors built into them. 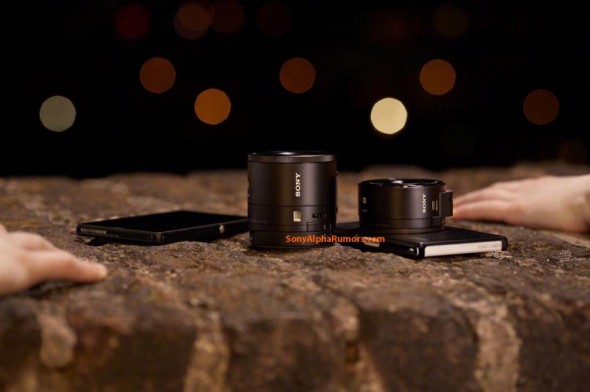 These two lenses can be magnetically snapped on to the back of the handsets running on Android and, amazingly, iOS.

The built in sensor is as big as the micro four-third system with a crop factor of 2.0 which means its half the size of a 35mm sensor on full frame DSLR.

This should ensure great pictures with high resolution and the ability to take better night shots. These lenses exist on traditional point and shoot with a price tag ranging from $400 to $600.

Before you ask where the pictures are stored, here’s what SonyAlphaRumours says:

They have built-in sensor, Bionz processor, Wifi/NFC wireless connection and SD card slot. These lenses have no LCD screen and no usual camera controls. You will be able to control them through your smart phone or tablet (via WiFi or NFC). The lenses can be magnetically attached on your smartphone and it works on both, Android and iOS devices. That is nothing like we have seen before. For the first time you can shoot top quality images with your smartphone.

With wireless support the prices might be pushed higher but I think this is a great idea and means that, even if you pack the extra lenses, your phone will remain slim and the camera attachments are easily pocketable.

If these take off, could it spell the end of the point-and-shoots?