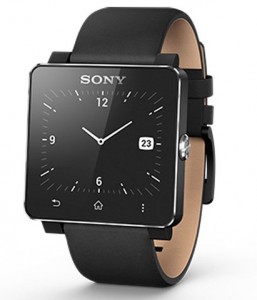 Sony has announced that they’re following their SmartWatch with a new, improved version and I’ve just found out how much it will cost and when it will be released.

The Sony SmartWatch 2 comes will be equipped with 1.6-inch display that will dish out a resolution of 220 x 176 pixels.

Like the latest Sony Xperia phones, the SmartWatch 2 is designed to be water resistant and conforms to the IP57 standard.

Other specifications include NFC, which means the watch can easily be paired with NFC enabled smartphones, which include Sony’s latest Android devices.

The Sony SmartWatch 2 also features a new user interface which is designed to be similar to the Android UI and it also packs a USB port for charging and a battery that will last up to 3 days.

You will also be able to re-read downloaded emails even when the SmartWatch 2 is not connected to your smartphone.

The Sony SmartWatch 2 will apparently go on sale in September for 199 Euros.